“Finding such a large anomaly of high-grade copper rock chips in 42-year-old historical data is even more exciting than sampling it ourselves and costs much less,” said AGC’s managing director. , Glen Diemar.

“We were absolutely amazed to find such a strong and well-defined copper trend in a totally underexplored sedimentary basin.”

“These NSW basins can be very productive for base metals, as seen in the nearby Cobar Superbasin. The world-class CSA mine near Cobar is a local example of a structurally hosted copper deposit and is currently the richest copper mine in Australia,” he said.

“We believe a CSA deposit model is a very attractive exploration target for AGC at Ootha.”

The ELA6549 exploration permit will replace the Derriwong permit as Derriwong did not cover the high copper zone.

A review of historical data by company geologists revealed a large multipoint copper anomaly in rock chips sampled between 1977 and 1979 by Mines Exploration Pty Ltd.

Historical sampling returned 44 out of 481 samples exceeding 0.10% copper with a maximum copper of 0.36%. Rock chip sampling is confined to rolling low-level northeast-facing outcrops.

The copper anomaly extends northwest in the same direction as the Boxdale-Carlisle Reefs gold trend from 15 kilometers from AGC to 20 kilometers to the north, implying that mineralization can be controlled by a similar structure.

No modern geochemistry, geophysics or drilling has been done on the project for the past 40 years. 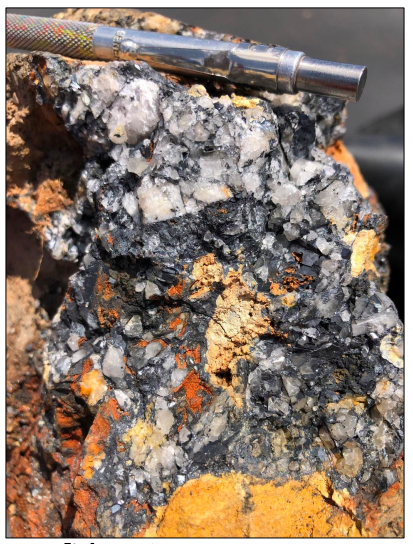 “Last week we were able to travel to the area for a reconnaissance trip and, although very wet, we were able to confirm the presence of strongly anomalous copper in the roadside outcrops. Using a portable XRF machine, we were able to quickly validate the sampling and analyzes performed 42 years ago,” Diemar said.

“We have a good head start, so once the license is granted, we will accelerate field efforts with soil sampling for target definition.

“There is abundant outcrop and good exposure of subsurface rocks, which means effective exploration can be achieved.

“Our priority remains to explore near-surface, high-quality targets that can be worked on and tested quickly and cost-effectively,” he added.

With consistently high concentrations of more than 0.10% copper and distributed over great distances, AGC believes Ootha is a significant primary copper source waiting to be discovered.