Last week, the city’s building official received four letters of objection to a demolition project at the New Canaan Library, according to emails obtained by NewCanaanite.com through a public records request.

Three of the letters of objection filed with building manager Brian Platz seem to assume (incorrectly) that the entire 1913 library building will be razed as part of the demonstration plan. In fact, the demo itself, as shown here—includes a heritage building preservation plan approved in December by the Planning and Zoning Commission.

One of the letters, filed by Mimi Findlay of the New Canaan Preservation Alliance, opposes the “partial demolition of the 1913 library.”

“The original, historic 1913 building consists of a dominant gable-roofed front portion and a subordinate rear portion under a lower hipped roof,” Findlay wrote in his letter, filed Friday. “The latter had its rear (west) wall modified for later additions. The rear portion under the intact hipped roof should be preserved and partially rebuilt to its original 1913 size and not demolished; part of the front section is also not to be demolished, as the Library’s demolition plans vaguely describe.

The library on August 5 filed a request with the city to demolish its existing building, as the new takes shape alongside. The demolition will include the gallery (90 years old), the children’s part (70 years old) and the original part (109 years old), depending on the application. As approved by P&Z, the library will retain an approximately 65-by-20-foot portion of the 1913 structure, moving that portion to its western property line.

Under the Code, the Historic Review Committee “shall consider and decide all relevant objections within 15 days of receipt of the objection by the building official.” This appointed committee may conclude that “the structure has historical, architectural, or cultural significance” to the city and delay demolition for up to 90 days. 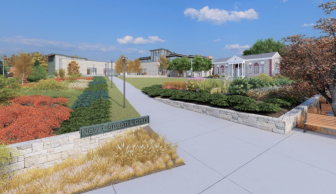 Rendering of the green which includes salvageable remains of the old library building. Image courtesy of New Canaan Library

Asked about the demolition request, New Canaan Library executive director Lisa Oldham said in an email: ‘The front portion of the library building, including the two original front rooms as well as the gantry are excluded of the demolition permit application, as previously reported in the New Canaanite. In December 2021, the library presented preservation options to the New Canaan Planning & Zoning Commission. The P&Z preferred an option of creating a free-standing building and ordered the library to preserve the approximately 1,200 square foot building facing the main street. The Library subsequently developed plans to preserve this building as presented (image). The new library building is on track and will be open to the community in early 2023. The library is seeking financial contributions from the community to fund the completion of preservation work.

Opponents of the library reconstruction project have begun to voice objections to plans to install green space where the original building stands in public hearings held after the library application arrived in the city in February 2021. Conservatives argued for keeping the 1913 part of the building in place, along with 1930s additions, while enclosing other parts of these structures with exterior walls since demolished long time. 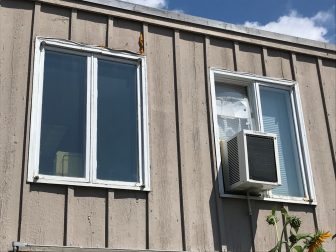 P&Z approved the overall library project in July 2021, while calling for the library to return at a later date with expanded curatorial options. In August 2021, the NCPA joined a gas station in suing P&Z over the approval. A month later, the petitioners sought to challenge the city council’s decision to bond $10 million for the library project, but they were unable to obtain the necessary signatures to force a referendum vote. In January, after P&Z approved the library’s plan to preserve much of what remains of the original 1913 building by moving it, the NCPA for follow-up Again.

It is unclear to what extent residents are informed about the library’s preservation plans.

One of the writers of last week’s letter of objection, New Canaan resident Kevin Taylor, said in his letter to Platz that the 1913 library building “is truly a gem and adds great architectural character to downtown New Canaan.” 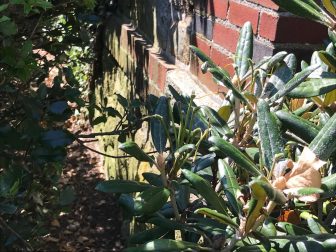 “Hearing that the new library plans somehow can’t fit this structure is beyond my comprehension,” Taylor continued. “It reminds me of the fate of Pennsylvania Station in New York, which was completed around the same time as the original library building, in 1910. Certainly the demolition of that building is now recognized as a monumental travesty . It was the result of a few short-minded people choosing commercial interests over historic preservation. We all know that most New Yorkers mourn the day this grand structure was brought down by the wrecking ball. I implore our municipal government to “do the right thing” and save this building from demolition for the future enjoyment of all new Canaanites and for generations to come. come. PLEASE SAVE THE 1913 LIBRARY! [His caps.]

[Comments are disabled on this article.]